Twitter is a well-known social networking platform that has existed for over 15 years and continues to increase users and revenue each quarter. In fact, according to Twitter’s 2021 Q2 earnings report published July 22, the company’s revenue increased 74% in the last year.

Twitter’s revenue from advertising was $1.05 billion– an increase of 87% year-over-year. It’s clear that brands find value in Twitter’s advertising options, and for many reasons, they should. Twitter’s earnings report mentioned a continued effort to “improve our brand and direct response ad products with updated formats, measurement, and prediction,” and credits their increase in ad revenue to “revenue product improvements, strong sales execution, and a broad increase in advertiser demand.”

This dedication to improvement and the creation of innovative advertising options offers brands a lot of potentials to increase reach and engagement on the Twitter platform. Other benefits of advertising on Twitter include unlocking access to 206 million daily active users, 44% of whom are between ages 30-49. Twitter user demographics have remained consistent year-to-year in terms of gender: 68% identify as male and 32% identify as female. As of 2018, 42% of adult Twitter users had a college degree and 41% of adult users earn at least $75,000 a year.

For brands really wanting to make a splash, “Trend Takeovers” appear in the top slots of the “trends for you” section of users’ Explore tab on the website. At its core, Twitter is a platform for conversation. With Trend Takeovers, “when someone clicks on a Promoted Trend, they’ll see a Tweet from your brand at the top of the search results, followed by authentic Tweets directly from the conversation surrounding the trend.” These sponsorships last 24 hours and can be bundled with other forms of Twitter ads for additional impact.

Twitter’s advertising platform is built to allow brands the best engagement types and actions for their campaigns. When creating an Ad on Twitter, you’ll choose an objective category: Awareness, Consideration, or Conversion. Campaigns to boost awareness focus on maximizing the ad’s reach on the platform. Conversion campaigns work to get people to take action by re-engaging in a different app. Consideration campaigns include increasing video views, pre-roll (ads that play before a video) views, app installs, website clicks, Tweet engagements, and followers to help build an audience for your account.

After choosing a goal for the campaign, brands are directed to set a daily budget. Another benefit of advertising with Twitter is that among other social networks with ads, Twitter has some of the lowest costs. The average Cost Per Click (CPC) for Twitter ads is $0.38!

Like Google Ads, Twitter campaigns can be set into ad groups for increased reporting and optimization. Brands can get specific with which users they would like to target on Twitter including gender, age range, location, language, or device used (i.e. Apple, Samsung).

There are plenty of other ways to customize campaigns through Twitter advertising and to get into the details, it takes an experienced team.

For a comprehensive overview of the different types of social media PPC campaigns and how our team can help, contact us today!

Twitter’s revenue from advertising is over $1 billion and has continued to increase each year, making it an effective tool for digital advertising.

Marketing on Twitter can benefit brands hoping to reach an audience that falls into the 30-49 age range. Its robust advertising tools and commitment to improving the ad products built-in to the platform make it an attractive option for digital marketers. 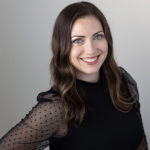